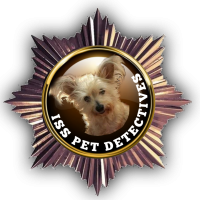 We do not tolerate any form of Animal Abuse so feel free to Report any such Complaints to us Immediately. 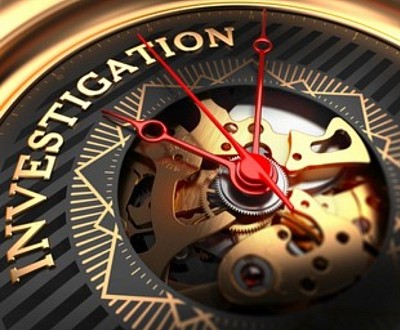 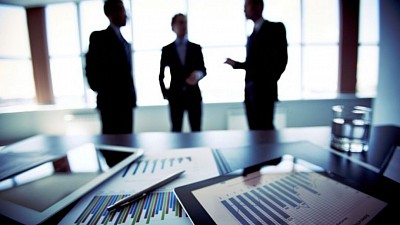 The fund recovery services cater to a wide range of needs, including tracking scammers and recovering lost assets. In this way, there is a higher chance of recovering the funds. Previously, people needed to be made aware of the services. Today, online scams have increased dramatically in frequency. 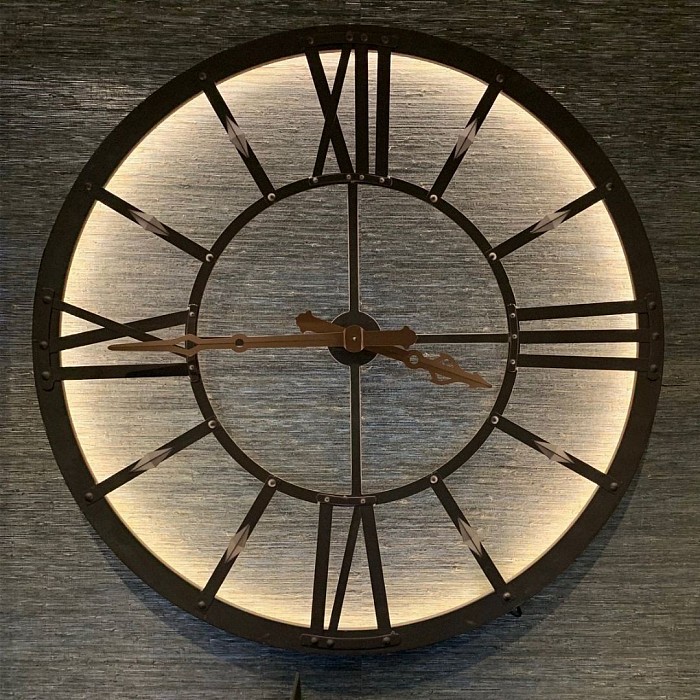 It is important to note that there is no standard way of investigating a case, and no standard time frame that it will take. We will try and Complete each case as soon as Humanly Possible.

And we do sometimes make use of different platforms & institutions to Gather Information. 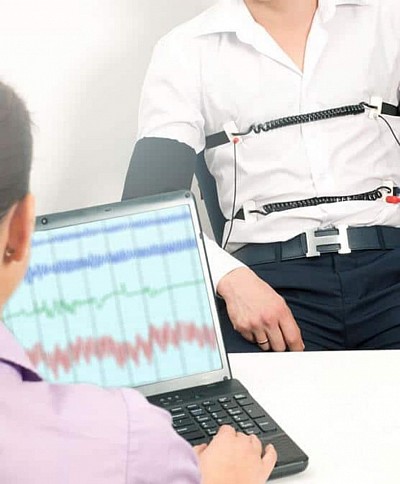 Pre-employment testing
Digital Forensic Voice Stress analysis / Polygraph testing, could be used as a prerequisite for employment in order to establish if candidates are honest and if they have been involved in any crime in their past / previous jobs.

Routine / Periodic testing
Digital Forensic Voice Stress analysis / Polygraph testing, could be used as an pro active measure, during employment in order to deter staff from eg. stealing from you or your company or to establish if theft for eg., has already taken place.

Specific incident testing
Digital Forensic Voice Stress analysis / Polygraph testing, could be used as a re-active, investigative measure when a specific incident has taken place in order to establish if any of your staff members were involved. 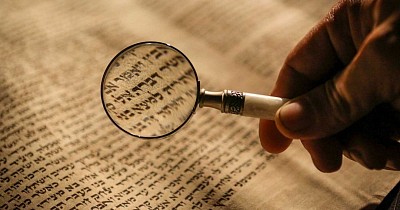 Our Investigators ask one of two types of Handwriting Samples Produced by a Suspect. A Handwriting Analyst then carefully compares samples written by the suspect with the writing on the Fraudulent Checks.

Is the authenticity of a handwriting / signature / document under question or in dispute?

Is it genuine, forged, an original, cut and paste, traced, simulated, altered?

Do you have reason to dispute or question signatures or handwriting?

Do you suspect that a document has been altered?

• Based in Meyerton, South Africa, work is taken on Nationally and Internationally.
• Our Services Include Identifying the Authenticity of Disputed Handwriting and/or Signatures based on a Study Involving the Comparison and Identification of the samples which is supported by the level of Significance of the Similarities and Dissimilarities. We follow the processes of a Forensic Signature, Handwriting and Document Examiner and Investigator.
• Our reports gives our opinion based on Scientific Principles and Clearly Describe and Outline in Detail our Findings.

CAPACITY
As our Handwriting Expert and Forensic Handwriting and Document Examiner, we provide an opinion as to whether Signatures or Handwriting or Documents are Authentic or not.

This includes but is not limited to:

Our Examiner also Examine the Physical Properties of Documents e.g. paper, ink, additions and erasures to investigate fraud or document tampering. Our Examiner do not offer a Chemical Analysis of Paper and Inks. This includes but is not limited to:

• Identification and individualisation of typescript and typed and printed matter and stamped impressions
• Identification of forgeries; erasures and addition
• Deciphering of obscured writing and indentations
• Any other examination concerning questioned documents and handwriting excluding ink and paper analysis

Forensic Handwriting / Document and Signature Analysis and Examination is the Application of Scientific Methods and Techniques to Investigate whether Handwriting or Signatures or Documents are genuine, or fraudulent. Examinations are completed to determine whether Disputed Documents or Writings have been Altered, Traced, Simulated or Cut and Paste. Has Information been Inserted or Erased?

Disputed Writings, Including Signatures, Initials or Documents are Analysed and Verified for Authenticity and Genuineness. Contact me for any matter where a Document or Writings Require Verification.

Also known as graphology, reveals the personality characteristics of a writer at the time of writing including a person's talents, competencies and strengths.

Handwriting Analysis is a valuable tool for: 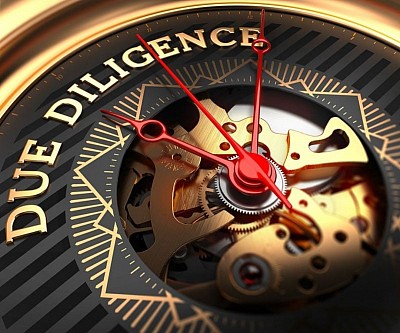 Due Diligence Investigations: Getting your business DD-Ready

As an entrepreneur, reaching the stage of seeking investment can be very exciting. You dream of all the ways in which your business can grow bigger and faster with funding, but each time realise that investors won’t commit cash until they have completed a Due Diligence Investigation. The idea of your company documents being checked with a fine toothed comb can bring all types of Insecurities to the surface, and so the Due Diligence Investigation can be the largest hurdle that you have to overcome in closing the deal.

A DD is often the first impression (in real terms) that investors get of your business, so making the right impression is essential. If your ‘back office’ is a mess, it could cause investors to lose confidence in you and have doubts about the safety of their investment. But, with a small amount of discipline, this can be turned around, and you could give an excellent impression to investors and keep the momentum of the deal on track.

The purpose of a DD

To understand the purpose of a DD, you need to look at things from the investor’s perspective. Bear in mind that the investor could be:

• a person or company who is going to buy shares in your company (such as a private equity investor) or take over your company by buying all of the shares; or

• a person or company who is going to buy your business as a going concern.

Whatever form the deal takes, the investor is probably going to part with a fair amount of money in making the investment. No investor is going to invest money in a company or a business (‘the target’) which it doesn’t know much about. The purpose of the DD is to give the investor enough information about the target to allow it to identify, understand and quantify “deal breakers” and other risks associated with the target. Essentially, the investor wants to know exactly what it’s investing in, and what risks would go along with that investment.

The DD process will usually start with the investor signing a non-disclosure agreement, in which it agrees that the information that you disclose as part of the DD will be kept confidential. Next, the investor will provide you with a list of documentation that it would like to see, so that its attorneys and accountants can review it. We’ll go into what kind of documentation might be requested, below.

The investor might also provide you with a list of questions about the target (your business or your company) which it would like you (or other senior members of the organisation) to answer. Those answers would be recorded and would form part of the overall DD documentation.

The documentation is sometimes given in hard-copy, but is frequently uploaded into a cloud-based folder, for example a DropBox folder – also known as a virtual data room. The DropBox folder would be accessible to the investor’s advisors, who would then read through all the DD documentation and prepare a report, known as the DD report, identifying any concerns or potential issues. The DD report is prepared for the benefit of the investor.

The documentation requested by the investor for the DD will typically cover all areas of the target.

One of the key areas is documentation and information on the target’s employees. An investor may request the following:

• copies of all employment agreements (especially of senior or key staff);

• information about pension and provident funds, and whether there are any deficits in those funds;

• a full list of employee-related liabilities of the target as at a particular date – salaries, bonuses and over-time payments owed, leave days accumulated, and any other amounts owed to employees;

• information about whether the employees are unionised with a trade union, or whether trade unions play an active role in the target’s industry; and

• a list of all existing and/or potential disputes with employees, including at the CCMA and/or the Labour Court.

Another key area for which investors often request information is property. An investor may request the following:

• information as to whether the target owns or leases the premises from which it operates;

• copies of the title deeds of all immoveable property owned by the target (if any);

• copies of the leases that the target has concluded in respect of its premises (if any); and

• copies of or information about any site-specific licenses that the target needs in order to conduct its business.

• copies of all contracts with the target’s suppliers;

• copies of all contracts with the target’s customers or clients;

• if target is licensed to distribute certain products or use certain branding, copies of those license and distribution agreements; and

• copies of contracts with independent contractors that provide services to the target.

In looking at the commercial contracts, the investor will be hoping to identify any terms which are unusual, onerous or unfair to the target. It will also be identifying any so-called ‘change of control’ provisions.

Most contracts will contain a clause stating that, if the target undergoes a change of control (in other words, there is a change in the person who owns or controls the target), and the target does not get the counter-party’s consent for that change in advance, the contract will terminate. By identifying all those change of control provisions, the investor can make sure that the target gets the necessary consents in advance, so that the contracts are not terminated as a result of the deal going through.

• whether the assets are owned by the target, or whether they are leased;

• if the assets have been used as security (pledged or bonded) for any debt of the target; and

Aside from existing debt, the investor will also want to know about the target’s other liabilities, including disputes and litigation/court cases in which the target is involved. Any dispute which could give rise to a monetary liability for the target will be of interest to the investor. Disputes which could result in reputational damage will also be of interest. In many cases, investors will ask targets to list matters which have not yet become a formal dispute, but which could evolve into a dispute over time. Examples of typical disputes include labour law disputes, intellectual property and licensing disputes, claims for breach of contract or non-payment (whether by the target or by the target’s customers).

Finally, and to the extent that the target is a company in which the investor is going to acquire shares – rather than a business that will be bought as a going concern – the investor will want to see copies of the target’s corporate documents. These include the following:

• a copy of the target’s memorandum of incorporation;

• a copy of the target’s shareholders agreement (if any);

• a list of current directors, as issued by the Companies and Intellectual Property Commission (CIPC);

• a copy of the company registration certificate, as issued by CIPC;

• copies of the minutes of director and shareholder meetings;

• copies of director and shareholder resolutions that have been adopted in recent years;

• copies of the share certificates that the target has issued; and

• a copy of the target’s share register, showing who owns the shares in the target, as well as past share transfers.

Aside from the documents and information described above, the investor will also want to do a financial and/or tax DD investigation, and will accordingly request access to the target’s financial information and its accounts. This portion of the DD would typically be done by accountants or auditors, although tax attorneys may be involved as well.

It will be clear from the discussion above that a DD is a major exercise. Because closing of the deal is usually subject to completion of the DD and the investor being happy with the outcome, completion of a DD is one of the most common reasons for failure of the deal or  delay in deal closure. Ensuring that your business is DD-ready is the first step in accelerating the DD process, impressing investors and closing deals as seamlessly and advantageously as possible. 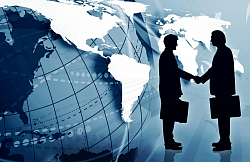 Drawing up of Agreements & Contracts 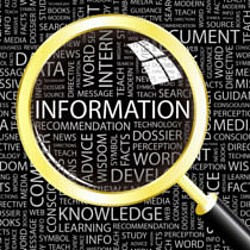 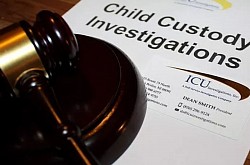 All Landlords and Home Owners 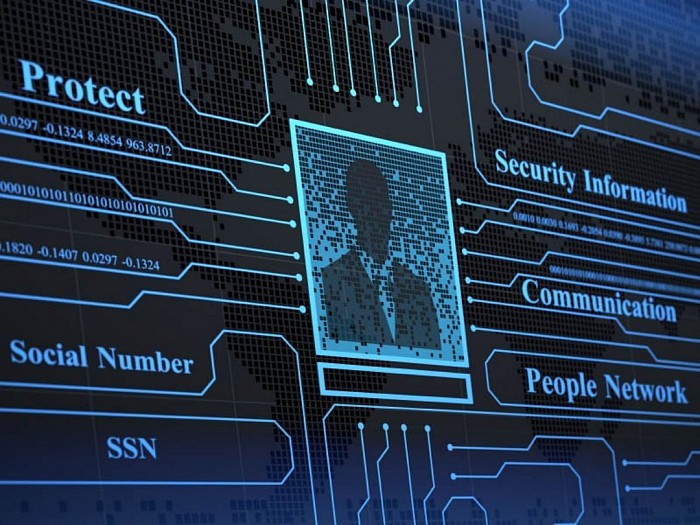